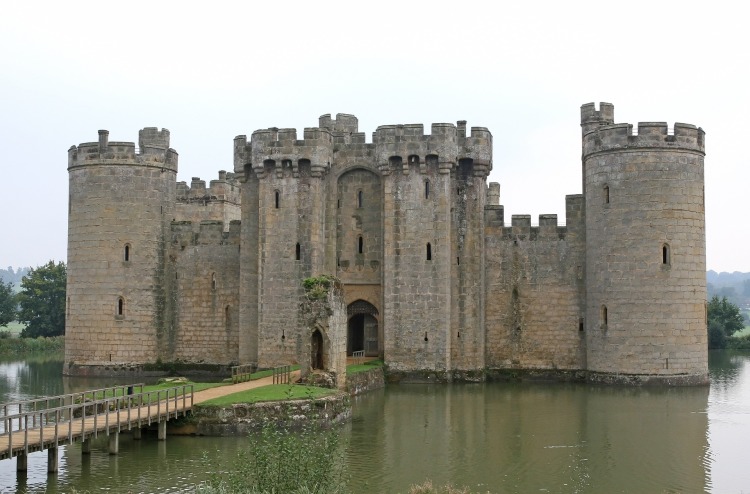 Threats signal a group of nerve cells deep in each side of the brain. The group, a “nucleus”, is called the amygdala (see Figures 4, 5, and 6). 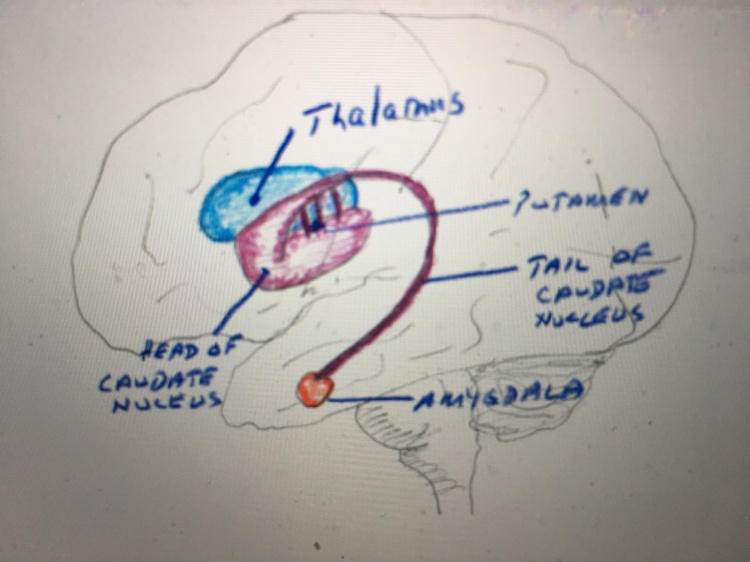 Fig. 4. Drawing to show the deep nuclei of the brain in relation to the outer surface of the hemisphere. The amygdala is largely concerned with recognizing danger and foes. The thalamus largely handles sensory input. The putamen and caudate handle preparation for movement and setting up movements of muscles close to the backbone (like those of the upper arms and trunk) to support movement of muscles further out (like those moving fingers).

The amygdala on each side triggers reflexes for survival. The survival mode is all of these functions and symptoms together:

Fig 5 (above) and Fig 6 (below). Relations of the amygdala to the sense of smell (olfactory bulb and front of temporal lobe) and to emotions and memory (cingulate gyrus and hippocampus). The cingulate gyrus is on the mesial or middle surface of the hemisphere on either side. It continues backward and downwards as the hippocampus of the temporal lobe. 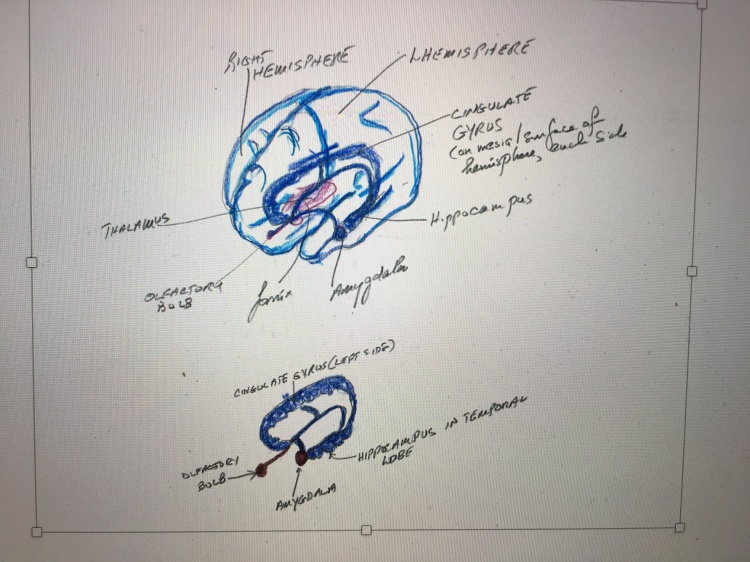 You can’t avoid the survival mode. When we are trying to survive we cannot deal with non-linear problems. We cannot be creative. We cannot think out of the box. We cannot work out new ways of doing things. We cannot use intuition.  We cannot be kind to others. Survival is everyone for themselves. Teamwork and social abilities disappear. 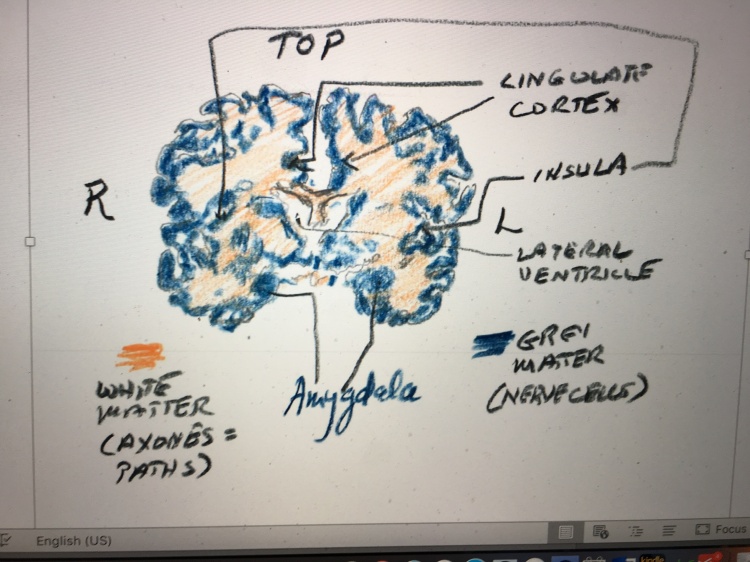 Fig 7. Slice of brain perpendicular to the groove between the hemispheres, towards the front half of the temporal lobe. Purple-blue represents grey matter (cortex, various nuclei). Orange represents white matter (axons connecting one area of the brain with another). The temporal lobes are the lower bulges on either side. The frontal lobes are the bulges above. The white inverted triangle in the middle illustrates the two lateral ventricles (full of spinal fluid) covered by the (orange) connection between the two hemispheres (corpus callosum). The area of the cingulate gyrus and the areas of the amygdalae are labelled. So is the insula, the cortical region involved with the sense of taste and with disgust and nausea.

[Blog 9E, will conclude the discussion about the brain and its influence on creativity}

Illustrations in my blogs are either my own drawings or courtesy of pixabay.com

Contact me at 650-762-6755 or pieterk@post.harvard.edu for more information or to start a conversation.